How and Why the 5 Steps Can Help

The five action steps for communicating with someone who may be suicidal are supported by evidence in the field of suicide prevention.

How – Asking the question “Are you thinking about suicide?” communicates that you’re open to speaking about suicide in a non-judgmental and supportive way. Asking in this direct, unbiased manner, can open the door for effective dialogue about their emotional pain and can allow everyone 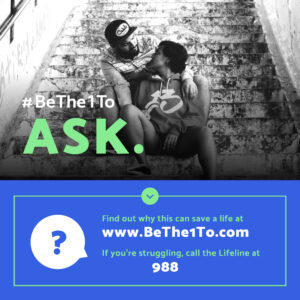 involved to see what next steps need to be taken. Other questions you can ask include, “How do you hurt?” and “How can I help?” Do not ever promise to keep their thoughts of suicide a secret.

The flip side of the “Ask” step is to “Listen.” Make sure you take their answers seriously and not to ignore them, especially if they indicate they are experiencing thoughts of suicide. Listening to their reasons for being in such emotional pain, as well as listening for any potential reasons they want to continue to stay alive, are both incredibly important when they are telling you what’s going on. Help them focus on their reasons for living and avoid trying to impose your reasons for them to stay alive.

Why – Studies show that asking at-risk individuals if they are suicidal does not increase suicides or suicidal thoughts. In fact, studies suggest the opposite: findings suggest acknowledging and talking about suicide may in fact reduce rather than increase suicidal ideation.

How – This could mean being physically present for someone, speaking with them on the phone when you can, or any other way that shows support for the person at risk. An important aspect of this step is to make sure you follow through with the ways in which you say you’ll be able to support the person – 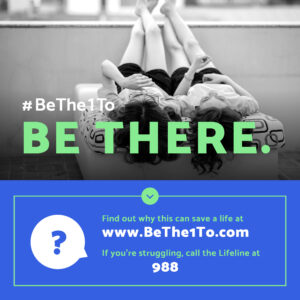 do not commit to anything you are not willing or able to accomplish. If you are unable to be physically present with someone with thoughts of suicide, talk with them to develop some ideas for others who might be able to help as well (again, only others who are willing, able, and appropriate to be there). Listening is again very important during this step – find out what and who they believe will be the most effective sources of help.

Why – Being there for someone with thoughts of suicide is life-saving. Increasing someone’s connectedness to others and limiting their isolation (both in the short and long-term) has shown to be a protective factor against suicide. Thomas Joiner’s Interpersonal-Psychological Theory of Suicide highlights connectedness as one of its main components – specifically, a low sense of belonging. When someone experiences this state, paired with perceived burdonsomeness (arguably tied to “connectedness” through isolating behaviors and lack of a sense of purpose) and acquired capability (a lowered fear of death and habituated experiences of violence), their risk can become severely elevated.

In the Three-Step Theory (or more commonly known as the Ideation-to-Action Framework), David Klonsky and Alexis May also theorize that “connectedness” is a key protective factor, not only against suicide as a whole, but in terms of the escalation of thoughts of suicide to action. Their research has also shown connectedness acts as a buffer against hopelessness and psychological pain.

By “being there,” we have a chance to alleviate or eliminate some of these significant factors.

How – First of all, it’s good for everyone to be on the same page. After the “Ask” step, and you’ve determined suicide is indeed being talked about, it’s important to find out a few things to establish immediate safety. Have they already done anything to try to kill themselves before talking with you? Does the person experiencing thoughts of suicide know how they would kill themselves? Do they have a 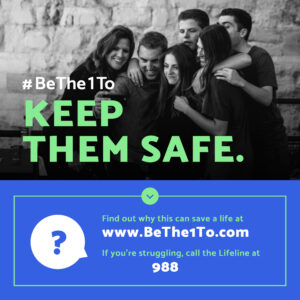 specific, detailed plan? What’s the timing for their plan? What sort of access do they have to their planned method?

Why – Knowing the answers to each of these questions can tell us a lot about the imminence and severity of danger the person is in. For instance, the more steps and pieces of a plan that are in place, the higher their severity of risk and their capability to enact their plan might be. Or if they have immediate access to a firearm and are very serious about attempting suicide, then extra steps (like calling for emergency help or driving them to an emergency department) might be necessary. The Lifeline can always act as a resource during these moments as well if you aren’t entirely sure what to do next.

The Harvard T.H. Chan School of Public Health notes that reducing a suicidal person’s access to highly lethal means (or chosen method for a suicide attempt) is an important part of suicide prevention. A number of studies have indicated that when lethal means are made less available or less deadly, suicide rates by that method decline, and frequently suicide rates overall decline. Research also shows that “method substitution” or choosing an alternate method when the original method is restricted, frequently does not happen. The myth “If someone really wants to kill themselves, they’ll find a way to do it” often does not hold true if appropriate safety measures are put into place. The Help Keep Them Safe step is really about showing support for someone during the times when they have thoughts of suicide by putting time and distance between the person and their chosen method, especially methods that have shown higher lethality (like firearms and medications).

How – Helping someone with thoughts of suicide connect with ongoing supports (like the 988 Lifeline) can help them establish a safety net for those moments they find themselves in a crisis. Additional components of a safety net might be connecting them with supports and resources in their communities. Explore some of these possible supports with them – are they currently seeing a mental 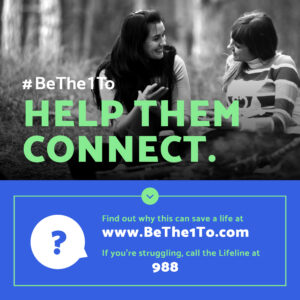 health professional? Have they in the past? Is this an option for them currently? Are there other mental health resources in the community that can effectively help?

One way to start helping them find ways to connect is to work with them to develop a safety plan. This can include ways for them identify if they start to experience significant, severe thoughts of suicide along with what to do in those crisis moments. A safety plan can also include a list of individuals to contact when a crisis occurs.

Why – Impact of Applied Suicide Intervention Skills Training on the National Suicide Prevention Lifeline found that individuals that called the National Suicide Prevention Lifeline were significantly more likely to feel less depressed, less suicidal, less overwhelmed, and more hopeful by the end of calls handled by Applied Suicide Intervention Skills Training-trained counselors. These improvements were linked to ASIST-related counselor interventions, including listening without judgment, exploring reasons for living and creating a network of support.

How – After your initial contact with a person experiencing thoughts of suicide, and after you’ve connected them with the immediate support systems they need, make sure to follow-up with them to see how they’re doing. Leave a message, send a text, or give them a call. The follow-up step is a great 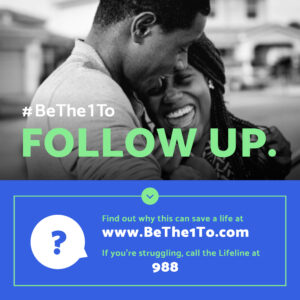 time to check in with them to see if there is more you are capable of helping with or if there are things you’ve said you would do and haven’t yet had the chance to get done for the person.

Why – This type of contact can continue to increase their feelings of connectedness and share your ongoing support. There is evidence that even a simple form of reaching out, like sending a caring postcard, can potentially reduce their risk for suicide.

Studies have shown a reduction in the number of deaths by suicide when following up was involved with high risk populations after they were discharge from acute care services. Studies have also shown that brief, low cost intervention and supportive, ongoing contact may be an important part of suicide prevention. Please visit our Follow-Up Matters page for more.

Share the #BeThe1To steps in your community. Find out how.